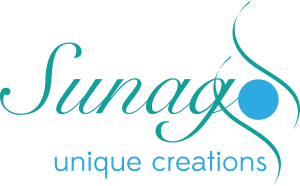 My name is Fiona Jones.  At my GP surgery at 1 point there were 4 Fiona Jones, so I always give my middle name as well, to prevent confusion.  For this reason I knew that my business could never be reliant on my name.  Although the Welsh naming as “Jones the Jeweller” could be good, I knew my style of jewellery is different from standard and that name could lead to confusion if people looked me up, so decided that was a none starter.

When I was 1st starting, I thought of a different name, which is quite a good description of me, but not of the jewellery, or of what people expected from me and so I needed to think of something else.  I wanted people to know that what they have the ability to have from here is just for them, that there is no high street mass production, which led me to the “unique creations” part of the name.  But what for the name, before the description?

To be honest I searched for a long time.  When I was younger, I had the opportunity to study for a time at bible school.  During 1 lecture a speaker spoke of giving names of faith, or names of fact.  People who know me know I am very pale and so Fiona is definitely a name of fact for me!  I thought that “unique creations” is also a name of fact and so looked for a name of faith to compliment it.  As my faith gave me the inspiration for the hunt I decided to use it for the name.  I hunted round various biblical and ancient Greek words which I thought could fit my desire.

“Sun” in ancient Greek has become “syn” in modern Greek and, as such, means “together”.  I have to admit that I say it as “sun” rather than “sin” (syn). Sunago (I say the end as “aygo”) is translated as those brought together to make a whole.  I thought this was really good, as it applies to the creations here, where I bring together a variety of items, not just what you would expect, into a jewellery creation.  When used in the 1st century, it also applied to groups of people who were together for the same reason, but who you wouldn’t think of as being there.