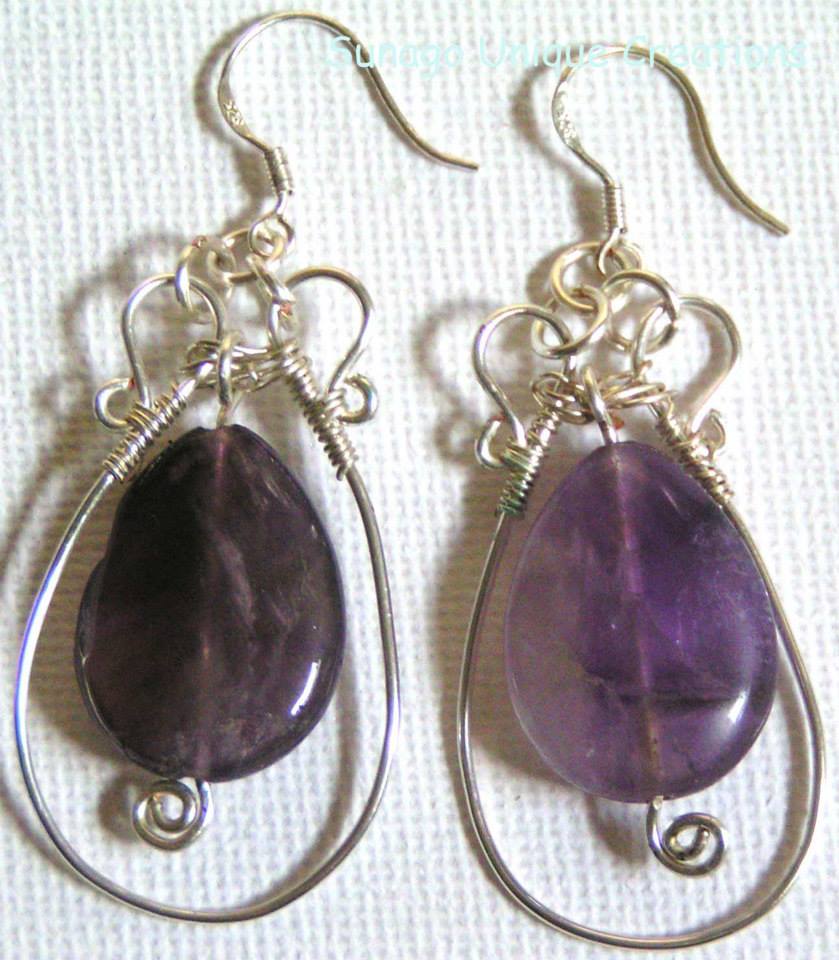 Amethyst is the birthstone for February and one of the most well known stones around, so here are some interesting facts about this beautiful stone.  It is actually as purple quartz and so very closley related to garnet, the birthstone of last month.  This means it is also relatively tough, at 7-7.5 on the MOHS, which is the standard scale of hardiness of stones (1 is talc and 10 is diamond).  The rating means, as you probably know, that is is great for rings, as it is not easily damaged, as well as in bracelets, brooches, alongside the usual thoughts also of earrings and necklaces.  It also works well as cufflinks for the same reason, so men are not excluded.

I know I said amethyst is purple, but the truth is that it comes in shades from the deepest darkest night, through to a very pale lilac, so there are many different colours to choose from.  The names to look out for, for the more unusual colours are sage amethyst, shades of deep purple swirled with purple tinged white (solid colour, rather than translucent); rose de france, so pale it is just the purple side of pink and prasialite, which is actually a green quartz, but has sometimes been included with amethyst.

Although now it is considered easy to find, it used to be highly valued, due to its rarity and lost its high prices when mines were found in Brazil.  However, Brazil also brings a 1 mine home of amethyst where it grows naturally with citrine and so has been named Ametrine, a stone which varies from purple into the golden colours of November’s birthstone.

It was named amethyst from the ancient Greek belief (also in Rome) that amethyst stopped one from being drunk, so they made goblets from it to drink their wine!  In medieval times they also believed it could heal and prevent injury and so was also worn by warriors.  Some believe it can bring a cool head to wild thoughts, so may be very relevant to wear it during the wild thoughts which can occur during the month of valentine!  Whatever your reason, amethyst is a beautiful stone to wear and to give as a gift.